Max McCoy is the editor of Jesse: A Novel of the Outlaw Jesse James, a 1999 what-if work of fiction that tackles the life and mysterious death of this famous one-time Quantrill guerilla.

What motivated you to write this novel?

Well, I thought having Jesse James tell his story to Mark Twain was an interesting idea. They did meet, briefly, in a dry goods store in Missouri, if a Twain anecdote is to be believed; Jesse supposedly said, “I reckon you and I are about the best in our lines.” When I first read about that, I wanted the meeting to be longer, and for Jesse to confide the real reason he killed all those men. So, I invented my own story. Also, the legends that sprang up about Jesse’s escaping the assassin’s bullet in 1882 seemed particularly Twainian – you know how wild he was about melodrama and switched identities. And finally, the fact that here are two Missourians, separated by a generation but each growing up on the Missouri frontier of their times, at either terminus of the Hannibal and St. Joseph tracks, with a great war intervening… seemed fitting.

In the current disputes over James’s fate, with whom do you side?

Although the DNA evidence recovered from the skeletal remains in 1995 seems to leave little doubt that it was indeed Jesse, there is still another possibility. The kind of DNA the forensic team worked with was mitochondrial, and that is passed down through the mother. So what they were really sure of is that they had the body of one of Zerelda’s sons, not that they were 100 percent sure it was Jesse. Interestingly enough, there was a half-brother, John Thomas, who was shot in the chest with a 36 caliber revolver ball during a drunken neighborhood party and lay near death at the family farm at Kearney at the time of Jesse’s assassination. So, if the body of John Thomas was switched with Jesse’s, you’d get the same DNA results. It is such an intriguing idea, that I used it in the book. And then there is the curious business about the Fords not being able to agree upon which of their guns was used to shoot Jesse, and about some folks who knew Jesse claiming it wasn’t him, and so on. 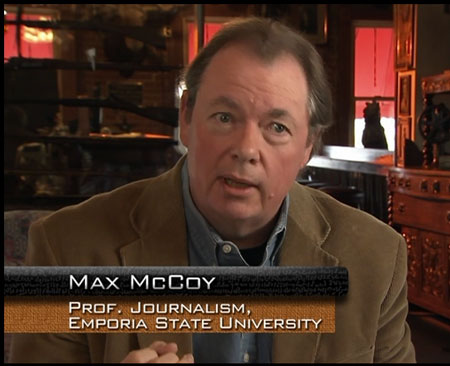 But you asked me with whom I side… Well, I think Jesse was probably killed at St. Joseph on April 3, 1882. The forensic team probably got it right. But Americans (and Englishmen and Australians) seem to have a deep-seated need for our outlaws to escape death and ride forever. And, I think the question of the half-brother leaves just enough doubt to allow some readers to indulge in that comfort… And, a .36 ball was found in the chest area of the remains at Kearney. The forensic team attributed this to a wound Jesse suffered while attempting to surrender at war’s end, but I think that story is apocryphal. Jesse DID suffer a chest wound during the war, but I believe that was a musket or rifle wound received in a skirmish during the height of the guerrilla war. Jesse’s wounds are sort of like Dr. Watson’s Jezial bullet (I’m misspelling it, no doubt, but can’t immediately place my hands on my Adventures of Sherlock Holmes); they are mysterious and tend to migrate about the patient from one account to another.

What’s your view of the Quantrill guerillas generally?

That’s a great question. First, I probably have a great deal more sympathy toward them than most scholars and historians. There’s a saying that history gets written by the winners, and this is certainly the case with the war on the Missouri-Kansas border. Most of what I read as a kid (Connelly and so forth) described Quantrill as a bloodthirsty murderer and the guerrillas as common criminals. And, there is truth in that. But Quantrill was a good deal more complicated, and most of the guerrillas were so young that it is not an exaggeration to describe them as children. Most were sixteen or seventeen. Can you imagine growing up on the border, and seeing your family driven from their home, and the home burned, and perhaps your sister or mother jailed in Kansas City for supplying comfort to the enemy? It really was an American Bosnia.

There were plenty of Union raiders operating before and during the war – look at Jim Lane, or the Redlegs, for example – but again, they were on the winning side. If we are to take a lesson from the border war, it should be a cautionary tale about the escalation of violence when a military command puts the screws to a civilian population. The war here in the west was a personal kind of war, and it didn’t end in 1865. Also, I think the guerrillas were generally more successful than most historians are willing to admit, simply because they kept so many federal troops tied up in just trying to hold onto Missouri. The lasting legacy of Quantrill and Anderson and the other guerrillas were the outlaws that terrorized the Midwest right through the turn of the century.

Did you specially research the book or is it based on long-held interests?

A little of both. I was familiar with the setting from earlier books, but this novel required quite a bit of old-fashioned digging. There are areas where I deviated from the historical record, but I like to think it was only in service to the premise.

How much liberty do you think a novelist can take with historical data?

There is a greater need for novelists to get their facts right than ever before. If you use a particular battle or incident as background, then you’d better do enough research to present it accurately. Of course, in the case of JESSE, the premise itself turns the historical record upside down. So, as I think Twain would have said: There are a few whoppers, but it’s the truth, mostly.

Do you have a CW project in the works?

I’m working on a trilogy that begins in the Civil War but ends in the 1930s.

Thank you, Max McCoy. The James legend continues to fascinate and Jesse is a great addition to the canon.