The First Battle of Winchester was fought around Winchester and Frederick counties of Virginia on 25th of May 1862. After combating with Major General Nathaniel Banks’ receding army at Newtown and Middletown on 24th of May, the division of Major General T. J. Jackson continued to tread north towards Winchester. In a quest to defend the town, Banks comprehended his army once again. Ewell’s division congregated on Winchester from southeast via the path of Front Royal Pike. The Confederates outnumbered the Federals and they fled from Winchester.

Major General Nathaniel P. Banks was leading the army of the Federals, whereas Major General T. J. Jackson was the leader of the Confederates.

Combat and order of battle 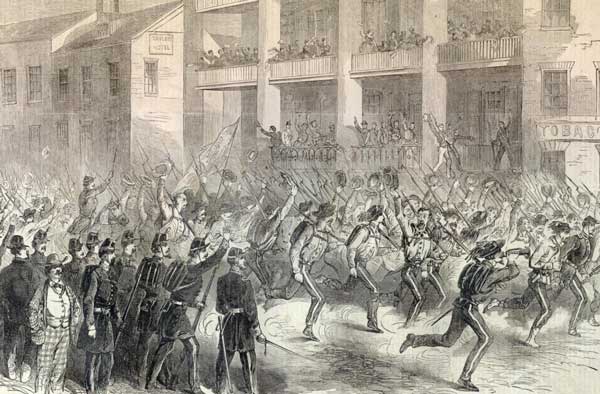 Jackson was trounced at Kernstown prior to this one in the Valley campaign; so he decided to move south first and then to the west to challenge Fremont’s Union advance during the Battle of McDowell. The disappearance of Jackson from the lower valley made the Federals move their troops to fortify McDowell’s troop at Fredericksburg. Due to this, Nathan Banks was left with the division of Alpheus Williams at Strasburg. Jackson, who was recently joined by the division of Richard Ewell moved north and surprised attacked the Federals. Banks sensed the danger from the troops of Confederates; so he moved back on the Valley Pike where Jackson chased him on a parallel road to Front Royal Road. They moved to west to interrupt the retreat of Banks.

Though he was not successful in most parts, still they were able to lay their hands on Federal’s abandoned supplies. Banks tried again to combat the Confederates at Winchester, but Jackson struck at dawn. The attack was first stalled, but then again a successful attack was made by Richard Taylor’s troop on the union forces. This led to confusion amongst the Union all throughout the town. Banks continued his retreat until he had traversed the Potomac River, which was 34 miles north to the town of Winchester. The reinforcement that was to be sent to George McClellan was stalled and they were redirected to the Valley to stop the attempt Jackson.

On 24th May, 1862, Major General Nathaniel P. Banks came to know that the Confederates had annexed his garrison that was there at Front Royal and soon he will be coming towards Winchester. As soon as he heard this news he ordered a speedy retreat from Strasburg. The converging forces of Jackson attacked the retreating army of Banks at Middletown first and then Banks’ army was again attacked at Newtown where many of them were taken as prisoners.

Banks’ army was not only outnumbered, but was also soundly defeated by the Confederates. As in any battle, the loss of human life was inevitable. Though Banks retreated, still he had to suffer loss of his army men. The Confederates won comfortably with casualties of only 400. However, on the Union side, Banks suffered a loss of 2,000 men and also lost all his supplies to Jackson, which was nicknamed by the Confederates as the ‘Commissary Banks’.