A significant occurrence of the American Civil War was the Battle of Philippi – which incidentally was also the term used to refer to an ancient battle between the assassins of Julius Caesar on the one hand, and Marc Antony and Octavian on the other. In the context of the Civil War, the Battle of Philippi was a part of the West Virginia Campaign and was the first organized land action on June 30, 1861.

Some historians dismiss the battle as a mere skirmish; others refer to it sarcastically as The Philippi Races. In the sequence of events, the hostilities started at Fort Sumter in April was followed by the Fairfax Court House battle; it was a minor skirmish between a Union cavalry of regular army under the commands of Thomas A. Morris and a militia infantry of Virginia (Confederate) under the commands of George A. Porterfield.

Triggers for the Battle 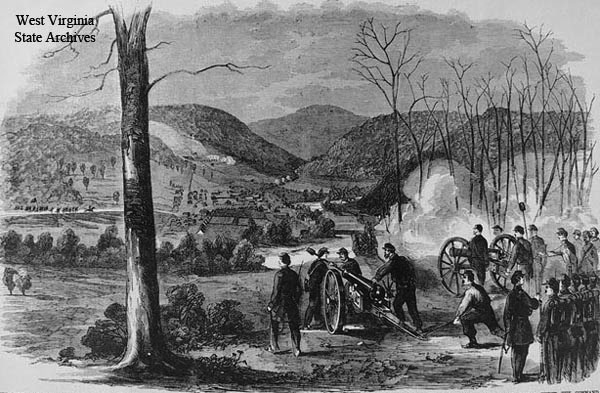 The main reasons behind the initiation of this offensive was to keep open, the important railroad line of Baltimore and Ohio; a railroad that was of great significance for the Union. Additionally there were large numbers of pro-Union people in the areas along the river Ohio; the battle was initiated to protect their interests as well. This battle was also meant to start an offensive that would eventually lead up to an attack on Richmond, the Confederate capital as conceived by Maj Gen George B McClellan.

General Morris devised a twin attack upon Philippi Confederate forces including an attack consisting of 1600 men led by Col Benjamin Franklin Kelley. The Union forces also used a decoy wherein they took the train to the east in order to fool the opposition into thinking they meant to attack Harpers Ferry. In reality the Union forces meant to attack the town of the Philippi from the rear which meant that the Confederate forces were subjected to a two pronged attack.

The two Union Columns converged upon Philippi after a difficult overnight march in inclement weather. The rain meant that there were no Confederate picket lines to halt the attack. The Union victory in the Battle of Philippi was unambiguous and relatively bloodless – the Union experienced only 4 casualties as against 26 Confederate casualties.

The major fallout of the Battle of Philippi was that Brig Gen Robert Garnett replaced Col Porterfield as the commander of the Confederate forces in western Virginia.