The battle of Pea Ridge (also known as the Battle of Elkhorn Tavern) is deemed as one of the biggest engagements in the history of civil war that was fought on the Western Front line from March 6 to March 8, 1862. The combat changed the power dramatically in the Trans-Mississippi.

Commanders involved in the battle 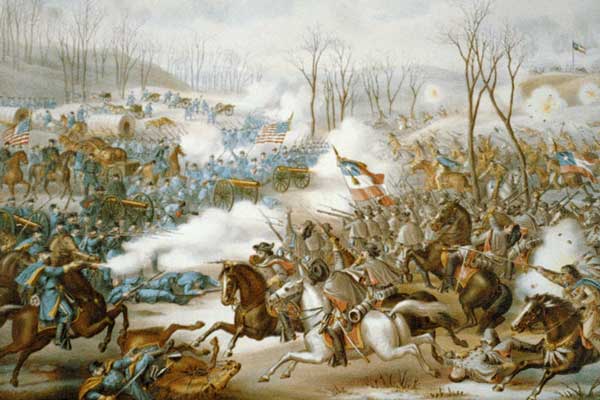 General Samuel R. Curtis of Union Army of Southwest and his troops entered Arkansas and found a defensive position that overlooked the Little Sugar Creek. This took them almost a month to accomplish, even when the campaign against the Confederates in the Southwest Missouri started a month prior to that. General Earl Van Dorn was assigned the task of destroying the 12000 Federals along with General Samuel R. Curtis. Due to Van Dorn’s decision, the Confederates were divided into two wings, with neither wings being able to espouse the other. By this time, the Federals had already sent their troops as soon as they came to know about the movement of the Confederates on March 7.

On the hours of darkness of March 6, Major Van Dorn set out for his mission of outflanking the Federals near the Pea Ridge. The rebel attack was halted due to the fact that the two Generals, Brigadier General Benjamin McCullough and Brigadier General James McQueen McIntosh were killed and also the ranking colonel as captured. By the nighttime, the second column of Confederates led by Van Dorn, were able to gain control over Elkhorn Tavern as well as Telegraph Road.

Federals were badly beaten on March 7, during the battle, but still they didn’t move back, instead they held their position in the south of Elkhorn Tavern quite strongly. During the night of March 7, the Federals strengthened their forces by combining the troops of Davis as well as Osterhaus who were responsible in driving the Confederates led by Benjamin McCullough back from Leetown.

On March 8th, Major General Samuel R. Curtis regrouped and strengthened his army for counter attacking nearby tavern and successfully employed the artillery of his. This made the rebels move back. The rebels were running out of ammunitions, so Van Dorn thought of abandoning the battlefield. Though he was permitted to leave the battlefield almost intact, the victory of the Union congealed the control of the Federal for the following two years over Missouri.

The Union won the combat but from both the troops, heavy casualties were reported. There were a total 5,949 casualties estimated, out of which, 1,349 were from the federals and 4,600 were from the Confederates.