Also known as the First Battle of Cold Harbor and Battle of Chickahominy River, the Battle of Gaines’ Mill took place on the 27th of June, 1862 in the Hanover County. It was the third day of the Seven Day Battles of the American Civil War. On this day, General Robert E. Lee renewed his attack against the Union’s Fifth Corps’ troop led by Fitz John Porter.

George B. McClellan and Fitz John Porter were leading the Union, whereas Robert E. Lee was in charge of the Confederates. The Confederates had a total strength of 57,018 and the Union forces were just 34,214.

At dawn on June 27, 1862, the troop of Fitz John Porter abandoned the spot at Beaver Dam Creek; instead they established an all new shielding line behind the Boatswain’s Swamp, which is located at the north of Chickahominy River. Lee was sure that he will drive the Potomac army across the river. He sent his maximum force in the lookout for the Yankees. The reinforcement of Porter had held very swiftly for afternoon in contrast to the disjointed attacks of the Confederates and this inflicted heavy casualties. But, by the dusk time the coordinated assault of the Confederates broke the lines of Porter. The soldiers of Porter were driven back towards the river. 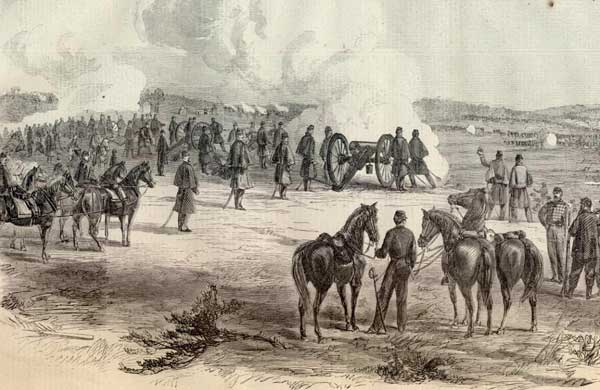 During the nighttime, the Union forces moved back across the river. It is believed that Lee was predestined to initiate the largest attack by any Confederate troops and for that he had about 57000 men, that too in six divisions. At first the attack was more of a disjointed manner, but they gradually took charge, but prior to that the Confederates also suffered heavy casualties. The command of General Stonewall Jackson was delayed and that prevented the full concentration of the Confederate.

The tactical defeat at that position persuaded the Army of Potomac, whose commander was Major General George B. McClellan forsake his advance towards Richmond, instead start a retreat to James River. When the attack was planned by the Confederates, they had an army of 90,000 men; so they planned to strike the army of McClellan right flank.

Though many subordinates of McClellan asked him to confront the Confederate army, he was not sure whether he had enough power to put up a strong fight against them even when they were stronger at one point. The balloon that was used for the aerial observation earlier as well put McClellan on back foot as he thought that the confederates were planning a more severe attack on them. But, this time the balloon was actually a trick and McClellan fell for it.