American Civil War, which lasted from 1861 to 1865, is one of the significant historical events that brought in many major changes in the country. Slavery was the root cause of this conflict between north and south. 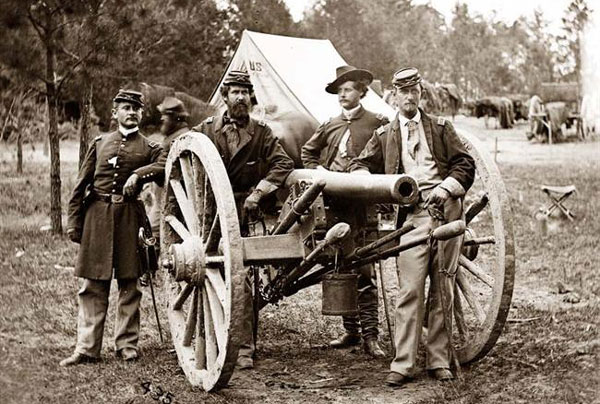 People in the northern states were rich; they got cheap labor for their factories from Europe. But slavery was still legal in most of the southern states which basically had cotton-based economy. In 1860, Abraham Lincoln became the president of the United States. He was a northerner and he won elections on the manifesto of abolishing slavery from the Union. As a result, 7 of the southern states seceded from the US in order to form their own country, commonly referred as the Confederacy.

This was a bit too much for the Lincoln administration and the northern people to accept. They refused to recognize the secession and declared it as illegal but yet did not intend to initiate a civil war.

In April 1861 the Confederate forces fired and took over Fort Sumter. It was a key fort in Charleston, South Carolina held by the Union troops. Following this, when President Lincoln sought troops from each state to gain back the fort, 4 more states joined the confederacy… And thus started a long, bloody civil war, killing over 600,000 and injuring more than 1,100,000 on both sides.

The confederacy was attacked from all directions and was totally devastated, leading to the surrender of its General, Robert Edward Lee on April 9, 1865. Subsequently, other confederate generals too surrendered; and the war concluded in favor of the Union.

The abolitionist movement that started to become increasingly popular in America in 1830’s finally culminated in the Civil War that lasted for over 4 years. Civil War Timeline attempts to summarize all the major events in the order that they occurred.

If all sorts of military engagements are to be considered, there were over 10,000 military actions during the Civil War. Though majority of them can be classified as minor skirmishes and reconnaissances, some of the battles were among the bloodiest ones, with thousands of casualties. Here is the complete picture on Civil War Battles.

The War involved so many people – soldiers, generals, politicians, spies, nurses and who not. The section on Civil War People is a compendium of prominent people from both sides – Union as well as Confederate.

There are many historians and authors who have done a commendable job in carrying out in-depth research on the American Civil War. Interviews and other information on all such authors, old and new, can be found under Civil War Authors.

The civil war is one curious topic that ignites the minds of many. Here are some frequently asked questions about the civil war answered for you.